"Abbott Government spending on science, research and innovation this year is now only 0.56 per cent of GDP, an equal record low since Treasury started publishing data in the late 1970s," Mr Bandt said in a media release on September 29.

The figures from the media release have been investigated and confirmed by ABC Fact Check. 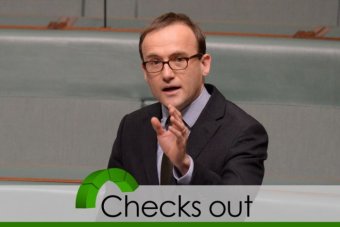 The rot set in under the last government, but if we remain quiet Tony Abbott will cut science and research spending to new lows. Help us get the word out -- share news of his cuts with your friends now.

When it comes to spending on research and innovation, Australia already lags behind countries like the US, UK, Germany, Japan and Korea. But we’re set to fall even further behind. This year, we will invest only 0.56% of GDP into science and research -- that's less than we did in 1979.

If we keep cutting spending, the country's brain drain will continue and we’ll wake up when the mining boom is over to find that we’re a hollowed-out, uneducated quarry.

It’s time we invest in our future by respecting research.

Tony Abbott was hoping his cuts to R&D investment would go unnoticed, but today The Age reported that he has taken science and research spending to an historic low. Read the full report online and share this news with your friends on Facebook now.