My time in Canberra - George 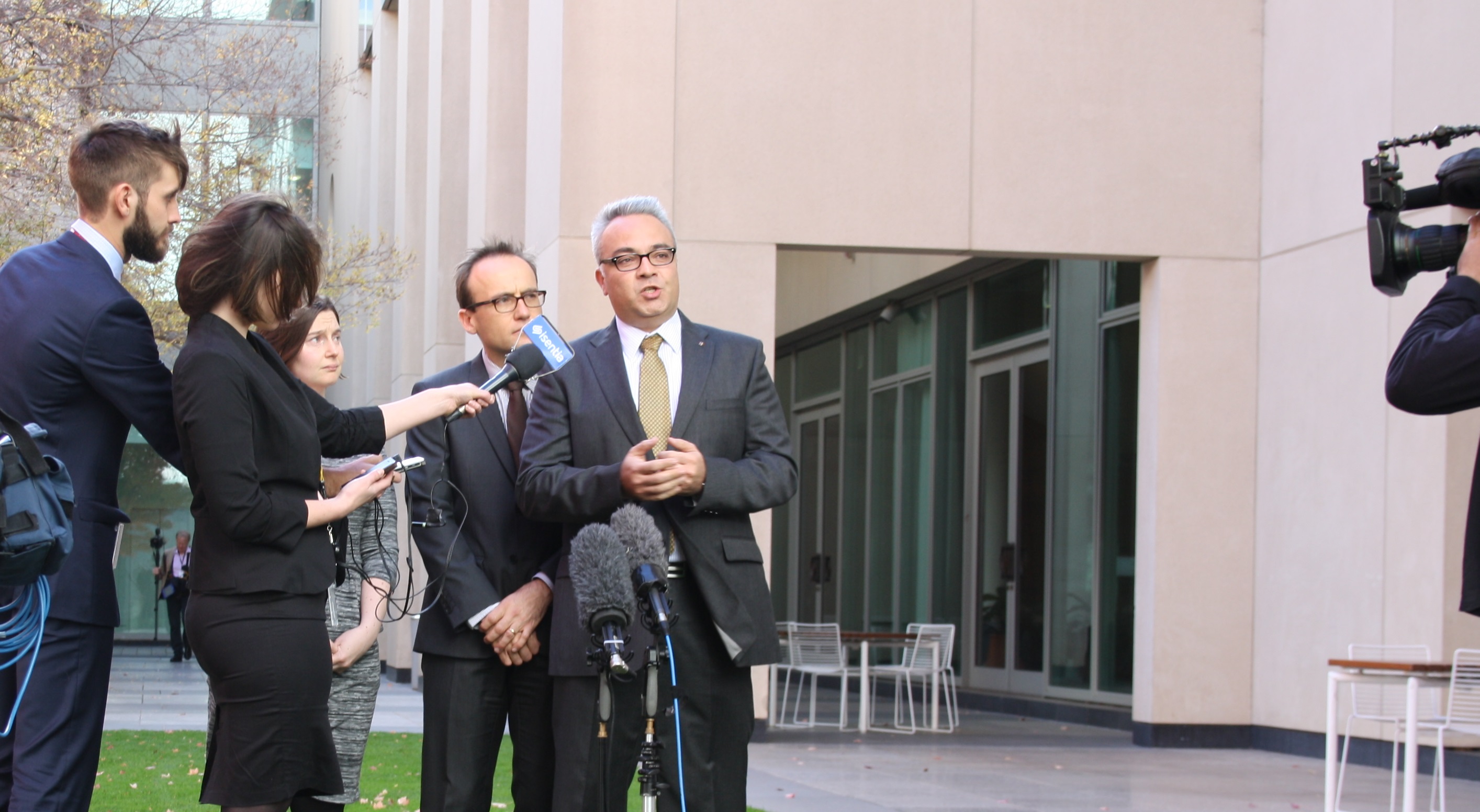 It was a pleasure visiting Canberra in Budget week hoping to be able to add some strength to the voices calling on the government to stop the ongoing cuts to science and research (as well as the threats for further cuts) in Australia. This push is spearheaded by Adam Bandt MP, and his team to whom we are thankful for the opportunity. I was hence, hoping to act as a real life example of the "casualties" of funding cuts.

"It was no surprise to find no improvement on the current situation, rather many funding cuts or re-allocations of monies, like taking from the left hand to give the right."

What we saw today in the Budget regarding science funding does not seem promising. The only mention of science funding in the Treasurer's speech related to medical research (clearly for political reasons) and other research funding had to be searched for in the paper's fine print. It was no surprise to find no improvement on the current situation, rather many funding cuts or re-allocations of monies, like taking from the left hand to give the right.

We welcomed the increase in medical research funds, however, we are wary and concerned of where the money would come from. In addition, medical research is certainly very important for health and the economy, but everyone needs to also know that other sciences are equally as important. Many of the findings in medical research rely on discoveries in other sciences. This Budget is therefore like the example of helping the baker bake but discouraging the farmer from growing wheat.

Another very disappointing outcome relates to the Future Fellowship scheme. This scheme which is aimed at mid-career researchers was all but non-existent last year! Although there was the promise of 150 Fellowships (a reduction from nearly 250 in previous years), no calls for applications were put out due to the government not releasing the money. In this year's Budget, we are told that as little as 50 Fellowships will be available in the next round! To put this in perspective, in previous years the success rate for applicants was about 20%. This year, as it was not offered last year, it can be as little as 2%. Therefore a large number of deserving applicants will miss out.

If we in Australia want to aim for a smart economy, funding for research, both fundamental and applied, need to be increased and secured into the future.