My time in Canberra - Jess 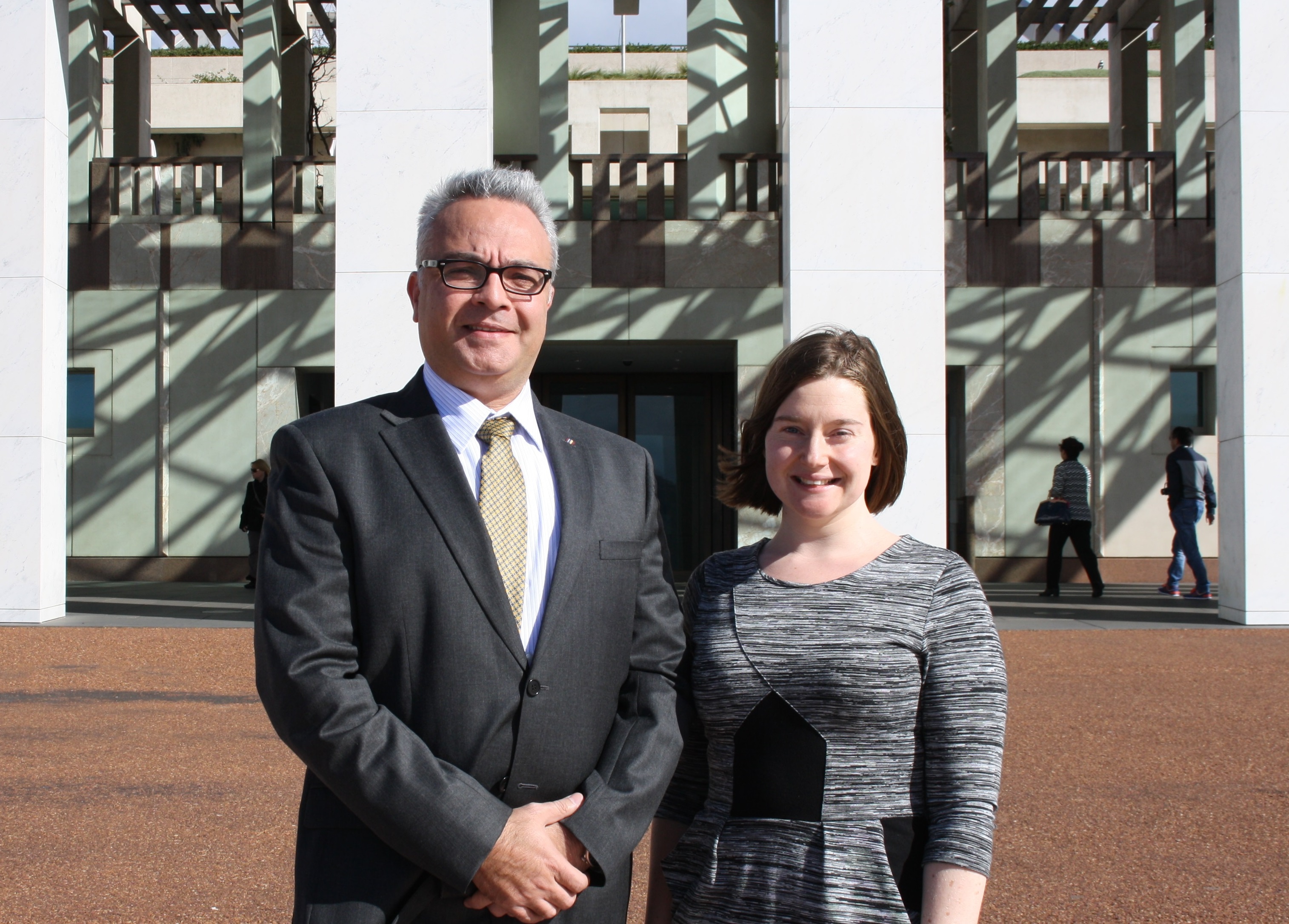 George and I travelled to Canberra on the eve of the Federal Budget to speak up for long term investment in science and research. Under both this Government and the previous one there have been cuts to science that have harshly impacted the scientific community in Australia. With the threat of possible further cuts to key programs like the Future Fellowships program, and in the absence of truly secure and sustainable funding, scientists like us have been living with uncertainty about our futures and careers. Sadly, this lack of security can also hamper our ability to produce the best research possible in the long term, and allow us to contribute our best towards a smart and sustainable economy.

"..although this budget struck me as somewhat better than the last one, I was surprised and disappointed that the word science was not even mentioned!"

Together with Adam Bandt, George and I gave a press conference to publicly express our concerns about the constant threat of cuts to research funding. I felt really grateful, standing under the Budget tree on Monday, to be given the opportunity to address this issue on behalf of the scientific community. I thought that I would feel pretty nervous standing in the middle of Parliament House with the cameras trained on me and huge microphones in my face. Generally I only do speeches in from of small rooms of academics or first years. As it turned out though, because I feel so strongly that scientific research is critical to our shared prosperity and wellbeing, I was actually calm and able to speak confidently about our concerns and our hopes for the, then, upcoming Budget.

After the press conference was over we were given a tour around Parliament House, and then on the morning of the Budget announcement we were able to attend a Budget guide seminar and then Question Time to give us a bit of insight into the going-ons in Canberra.

The Budget speech began on Tuesday night and George and I were pretty keen to hear what the Treasurer had planned for science. I listened carefully, and although this budget struck me as somewhat better than the last one, I was surprised and disappointed that the word science was not even mentioned!

It was not until after Joe Hockey finished his speech, and we weaved our way through the Press Gallery where people were lined up for miles to film their responses to various aspects of the Budget, that George and I were able to find out any actual detail about what the Budget papers said about science. And honestly, it seems a mixed bag.

It was wonderful to hear that the Medical Research Future Fund will begin to be rolled out, however there are no additional research grants for the scientific disciplines that feed directly into medical research and provide the fundamental knowledge and discoveries needed for medical researchers to build on. This budget is also committed to helping farmers who are struggling with drought, but there is no additional funding towards fundamental agricultural and climate research. There is some money for the Synchrotron, ANSTO and NCRIS but cuts to the SRE and CRC programs. Thankfully the Future Fellowships program will continue however only 50 positions have been confirmed, which is a substantial reduction.

So, on the whole it appears that Government investment in research in Australia is stagnating. Although, thankfully, we didn't see a repeated level of horrific cuts this year, with science funding already at a 30-year low the lack of additional investment is disheartening. On a personal note, I am left uncertain about my future career in fundamental and applied chemistry research. I hope though, with continued advocacy for science and pressure on the Government and Opposition, we can help them to fully realise the value of science (and scientists) to Australia.

I've listened to many personal stories from friends and colleagues about their difficulties sustaining a career in science in Australia, despite their brilliance and passion. So, I would like to say thank-you very much to everyone that helped send us to Canberra to speak up for science, and also thank-you to everyone who has been supporting the Respect Research campaign in any way they can! Thanks finally to Adam and his team for organising this campaign and providing us with this great opportunity.